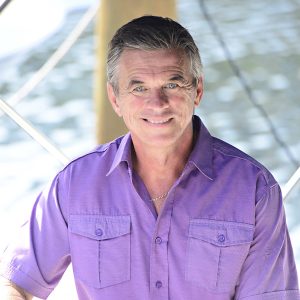 Canadian Resort and Travel Association (CRTA), the industry-based trade association dedicated to furthering Vacation Ownership in Canada and throughout the world, will concentrate primarily on international timeshare resorts and vacation clubs with high levels of Canadian members.  Previously the Association was a tight consortium of Canadian-based resorts.  Although this is still an important aspect of CRTA, the view toward consumer education and protection is a fresh approach.

According to Gaetan Babin RRP, CRTA Chairperson, President,  and CRTA CEO,  “Our  membership efforts are focused to  include timeshare properties the world over, as Canadians make up a considerable percentage of owners, particularly in Mexico and the Caribbean.”

According to recent article in Timesharing Today, “Mexico is second in the world in the number of timeshare developments and number of sales, exceeded only by the U.S.”  AMDETUR (Mexico’s timeshare trade association) estimates that non-Mexican nationals have bought between 70 percent and 80 percent of the available Mexican timeshare inventory in 647 resorts, every year between 2007 and 2019.  These levels are virtually consistent in the Caribbean as well.

“We know that close to half a million Canadian timeshare owners have purchased in North America including Mexico and the Caribbean.  Our goal is to create a CRTA Standard of Excellence, so that consumers and developers alike are protected.  This will be an extra layer of consumer protection which will continue to further trust amongst Canadians purchasing vacations elsewhere.  The CRTA stamp of approval will also greatly benefit the resort developers providing by another sales tool to offer assurance to prospective buyers.”

The trade association’s  Code of Ethics is based on the highest standards in the Industry to give confidence to consumers that all listed Members have agreed to abide by its code. Travelers who go to CRTA as an assurance of Destinations offering good ethical and transparent practices result in having better experiences and positive lasting memories.

The first major unveiling of CRTA’s renewed efforts, the GNEX-CRTA 2022 Conference is set for September 19-21 in Toronto, Canada. Watch Gaetan Babin’s invitation to the event here.

CRTA is an industry association that is dedicated to furthering the ownership-based vacation and resort development industry, both at home and abroad. The association was founded in 1980 as “The Resort Timesharing Council of Canada” in response to the public’s demand for more information about vacation ownership. Since then, CRTA has become the preeminent industry association representing all forms of Vacation Ownership in Canada. The Association is governed by an elected Board of Directors. We regularly host stimulating conferences, symposiums and committee meetings that encourage B-2-B opportunities, networking, education, and problem solving among our members. Member Services can be reached at memberservices@canadianrta.org 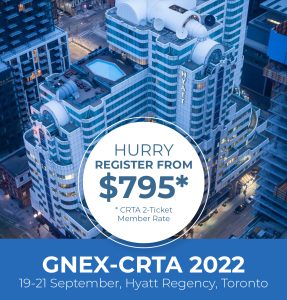